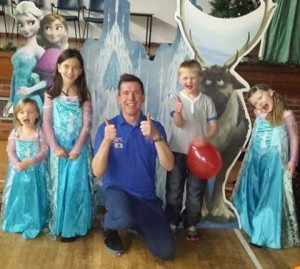 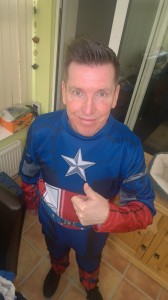 Here at Party Time For Kids we have seen the themed disco parties prove very popular.

News in the pipeline from Marvel and Disney with sequels on the way for Frozen & The Avengers.

Not since the days of High School Musical has a movie captured the imagination of children who want a party featuring the elements from their favourite movie. Before the sequel finally arrives there is a 7 minute short called Frozen Fever and can only been seen at the moment with the live version of Cinderella.

Due very shortly will be the next in line from the Marvel Franchise.

Marvel Studios presents “Avengers: Age of Ultron,” the epic follow-up to the biggest Super Hero movie of all time. When Tony Stark tries to jumpstart a dormant peacekeeping program, things go awry and Earth’s Mightiest Heroes, including Iron Man, Captain America, Thor, The Incredible Hulk, Black Widow and Hawkeye, are put to the ultimate test as the fate of the planet hangs in the balance. As the villainous Ultron emerges, it is up to The Avengers to stop him from enacting his terrible plans, and soon uneasy alliances and unexpected action pave the way for an epic and unique global adventure.

As with all our popular themed childrens parties we supply a huge range of life-size cutouts which are great for photo opportunities.